[digg=http://digg.com/software/A_Firefox_bug_prevailing_more_than_2_5_years]Today I noticed something fishy in the Google Reader while reading the Chennai MetBlog Post of Iniya Pongal Nalvalthukkal. I was viewing the post through Google Reader using Mozilla Firefox 2.0.0.11( Downloaded yesterday Jan-14-2008).

The fishy thing is Tamil Indic text rendered by Firefox was garbled. I checked quickly with other Indic language scripts( Hindi, Telugu, Kannada ). They seems to render properly.

The post which I was reading in Firefox , which renders Tamil Indic text.

Same through the Microsoft Internet Explorer. I could see correct text rendered.

I checked with one of the Wikipedia article which runs test for rendering the Unicode Indic scripts.

Then I verified the rendering of Tamil Wikipedia in both the Browsers. 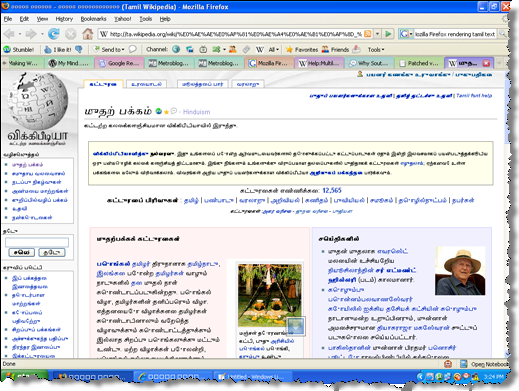 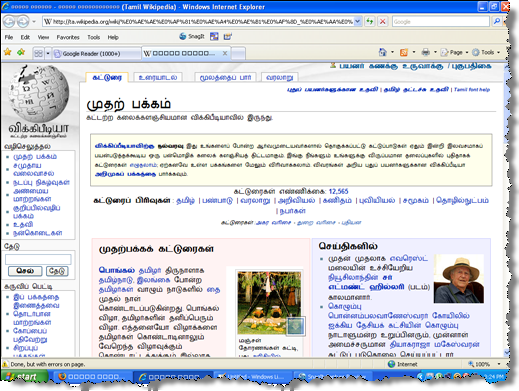 I checked in the BlogoSphere to find any such blogs have already complained about this problem and found I found Vasanth Dharmaraj’s blog. Surprising things is, he complained the problem on Aug, 2005.

Also I checked with another site which has the details of the bug and the fix. The site says that the fix will be shipped in 2007. Also, it lists some trackbacks of the bug.

Immediately I did a search in Bugzilla. The bug has been reported more than twice to the developers.

It’s about 2.5+ years and still the problem is in Firefox. I’m really surprised why Firefox developers hasn’t fixed it until.