The OpenXML format work in a similar way how a HTML document works. Prior to CSS, all the formatting is plugged inside the HTML document.

The above text is stored a .HTML file. Similarly the old Microsoft office documents have both their styles and contents in one single document.

Similarly the legacy word document also stores both data & it’s formatting inside one single document. This feature gave the Microsoft a strong control over it’s document format pertaining only to office software. Software other than Microsoft Office found very difficult to recognize the file format.

In this post I’ve taken .docx to deal with, and other formats like .pptx, .xlsx are more or less similar to docx. The new OpenXML .docx file format composes of the following file structure. A detailed file structure is given at the end of the post. 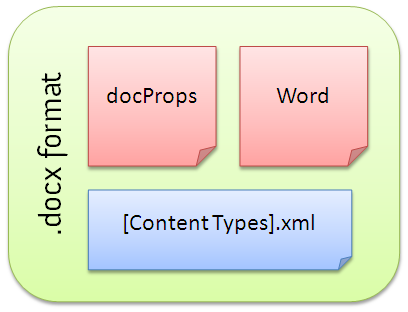