Every civilization had their own representation of numbers in their age. Like what we have now , the Arabic Numerals [1. The Story of Mathematics - Richard Mankiewicz ] [2. Number System - http://www.math.wichita.edu/history/topics/num-sys.html]. This representation is no more in use as universally as the arabic numerals that are taught now. Though different civilizations had different glyphs to represent number, everyone have understood the importance of numbers and found a way to represent them and did known how to handle it.

Tamil language instructs to write numbers based on how the pronunciation is made rather than how the digits are spelled.

Fig 1. How a number is spelled and pronounced

Below list maps the modern number we use, to the tamil glyphs that was used by the Tamils. It is interesting to find that the list doesn't contain a tamil representation for equivalent for zero. I'm wondering why the tamil havent created any glyph for "ZERO". Did they think that it's not mandatory that one should require ZERO to write down numbers? or did they find ZERO is 'evil'? or ZERO is not necessarily to write down any number in this world, other than ZERO. 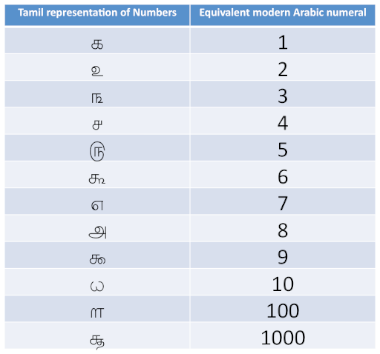 Fig 2. Listing the tamil glyphs for modern numbers we use

Even in our modern world, we don't use zero when we pronounce the number. We don't say , "One Hundred Zero Three" for 103. If that is the text, it would literally means "One followed by Hundred Zeros and a Three". So, we are accustomed to say, "One Hundred and Three". We can see that we don't require ZERO when we say a number. It's only required when we spell the number. But Tamils haven't or 'didn't wanted' to have two formats to say a number ( pronouncing & spelling ). This could be one reason that I can think of why ZERO is missing in the number set.

INFITT ( International Forum for Information Technology in Tami) aka “??????? (Uttamam)" have made proposal to include ZERO into the tamil number glyph’s list and createa UNICODE symbol for it in the tamil language font.

I tried to translate few numbers from arabic to tamil [3. Tamil Unicode List - http://www.unicode.org/notes/tn21/tamil_numbers.pdf]and here is on how to write numbers in tamil. You can also try few and if possible share it. 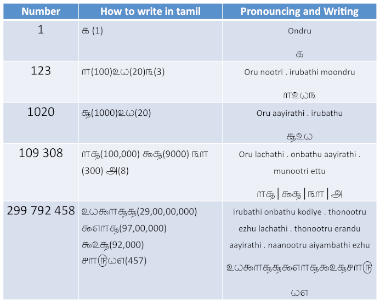 Fig 3. Some sample on how to write a number

One thing I could realize is that, in olden days people in any civilization ( not Babylons ) who didn’t had ZEROs in their set, to write / speak about any number.